You will meet Cristina and Ray for sure. Others join our retreat to help us cook the right food depending on your needs, do massages that feel good to you, and lead you through the perfect exercise or yoga adventure for your particular body and mind. We will present the whole team depending on which retreat you join. For more go to www.oliveretreat.com

A highly educated (MBA, Economics, History, Spanish and French, Uni. of Stockholm) and successful corporate strategist and Brand Manager at Sweden’s largest Mobile Telecom corporation, yet another turning point in her life appeared one day in the form of a loved one diagnosed with cancer on the very same day her first child was born. With birth and disease appearing at the same time, and later her own health issues, the impermanence of life became suddenly clear to her that life is a gift and if we want it we have to take care of it as if it would be the most loved. The existing forms of healing available weren’t good enough and she was forced to find other ways. Her knowledge and work in statistics as a telecom strategist was converted from economy to medicine and ultimately saved lives. One thing we all have in common is our healing from disease and our very personal realization of the world. 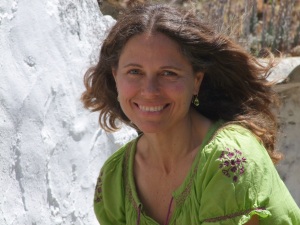 She had long before put aside the bad habits of youth and self-pity through the awareness and acceptance of her family history and life being part of disease and death, but now a mere interest in health and healing became the total focus of her life.

Troubled by what she would find in the conventional medical and pharmaceutical communities and markets, she needed to turn elsewhere for results, and quickly. She soon found promise in nutrition and herbalism. She studied a variety of alternative avenues and methods, finally settling on Ayurveda and Orthomolecular Medicine, Ashtanga Yoga, Biodecodification, Pranayamas and the meditation of life in all its forms. As she healed she took diagnostic courses to herself becoming a therapist. She has been a devoted disciple to a variety of masters in her lifelong studies (Dr. Deepak Chopra, Dr. Bo M. Nielsen, Sri Pattabhi Jois, Sri Ravi Shankar, Dr. Vand, being the most important ones), and spent thousands of hours practicing to turn information into a wisdom she willingly shares through her course, writing and personal meetings.

Natural and kind habits as care, hiking and stretching, and natural, clean vegan food is a basic and evident part in Olive’s teachings, but it is not everything. Our specialty is to figure out why we don’t do what we know to be good for us, and here is where our O8 – Mind Cleanse comes handy.

A life without understanding our part in evolution with cooperation, observation and kindness can never be healthy. Her devotion has since helped parents, children, corporations, athletes, models, physiotherapists, business people, housewives, enen doctors, with issues, big or small, that prevent them from being happy, healthy and at peace. She has contributed extensively in her field, and her work is available to anyone who is interested in learning through social media, this blog, www.oliveretreat.com and through our books.

What happens when 175 pounds of physical fitness and robust intellectual energy slowly and painfully fades away over two years of misery until only 130 bony pounds remain at the same time as his PhD in anthropology and linguistics? When a mystery to the medical community becomes agonizing nights spent wondering if tomorrow morning was even guaranteed. For Ray it meant seeking survival, and dashing off to another American state where medical care was more open minded and nearly free. There he stumbled upon a German doctor with a less conventional reading list and an open mind.

“A rare form of something irreparable?” Ray asked, after a pile of tests.

“No,” the Doctor replied, “you have Celiac Sprue Disease. Gluten is killing you!” 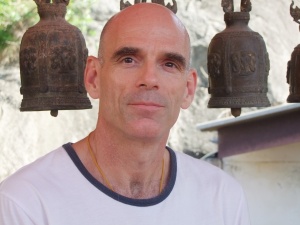 Thirty days and 45 pounds later, Ray, just as his Olive partners, opened himself to an amazing and event-filled health journey that would take him through 40 countries, dozens of university classrooms, miles of jungle, oceans of love, the highest mountains, the humblest and grandest of temples, pagodas, mosques, churches, and synagogues. In Lesotho he raced motorcycles and dodged bullets during a military coup. In Saudi a terrorist bomb had him clambering over debris and praying for his life. In China he discovered the horror of toxicity and oppression, and the comfort of traditional healing practices, and last but not least, he followed his heart straight out of the boardrooms and HQs of the highest-ranking corporate and government officials to the center of what he loves most: listening to the voices of nature and stories of its people, hearing in them forms and possibilities for healing likely to be undetected by the more conventional ear 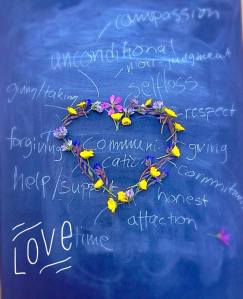 You will meet loving and caring people at Olive, all with their own quest for health and their individual stories that brought them to join us. All have a special gift to give you like a massage, a green smoothie or a talk. The fundamental dynamics are the same for all of us, but different stories. Only one thing is the same for all of us – we believe that anyone can be healthy.

Nothing new but worth saying again - healthy vegan diets are anti-inflammatory. This means that the immune system will be helped when infections from pathogens occur in our bodies.