In my first of a series of 3 blogs – I explored the fact that we eat animals even if it’s immensely clear scientifically that it’s killing us and nature, leaving the Earth to a destiny of a dusty over-heated desert, a scenario well depicted in the movie Interstellar.

Thankfully few doubt our human contribution to climate change anymore – animal farming being the worst contributing industry – except maybe President Trump, and a few other egocentric leaders. Apart from them, few hang on to those old beliefs. The rest of us, no matter how reluctant we are to change, are becoming aware that something just doesn’t feel right anymore and we want to figure out a new system. The wake up call came to me 22 years ago when a loved one got cancer. Obvious already then, a vegan diet was the only option not only to him but also nature.

A question we often get is: aren’t we supposed to eat meat? Before I would have presented the overwhelming amount of studies showing that vegan nutrition is clearly the healthiest option in general. But now we are beyond statistics, tired of proving the obvious. Now, it has become a moral question, and as such we all have to make our own decision, just as with all moral questions, and begin focusing more on how it feels than “facts”. How does it feel to eat an animal? How does it feel to contribute to the dirtiest industry? Does it feel good to destroy your body? Today we have to ask; what do I want, just like smokers did 20 years ago, or the DDT user did 50 years ago.

As far as our meat eating origins we have “experts” proclaiming paleo diets over carbs diets and vv. There is a lot written on the subject but that’s not the point anymore, not with this blog either. After a decade of Paleo diets the results speak for themselves, in particular with booming CVD and cancer. On the other hand, a refined carb diet isn’t much better, and worse when it entangles chemical fake food diets in it too. Poor bodies!

At least one thing is clear, and that’s how the invention of tools and the use of fire changed our lives, i.e. cooking, allowed us migrate to colder areas, making cooking, with tools and fire, the true “success story” and the start to the Homo Sapiens Culture. By chopping and heating we softened and disinfected animals and fish to make it possible to metabolize, in areas where fruit and leaves weren’t always available. That’s not the case anymore.

If we are so smart as to call ourselves Sapiens (wise) we sure don’t deal very wisely with the our pollution, and in particular animal sourced food production, a major cause of both pollution and disease. Today we have a choice to eat fewer animals almost anywhere on the Earth, so what is it really, that makes us eat so many animals? That’s an intriguing thought to me. Humans are not very Sapiens at all! Other spices are much more intelligent if you ask me. The only thing I can come up with is that it is our inherited, un questioned (by most) culture and belief system. We still believe we are carnivores and when the truth hits, it hits hard, often with disease.

It’s not laziness to not find out how to cook beans or find out how to get plant protein, as information and recipes are available everywhere on the Internet, Instagram, facebook and plenty vegan cook books. (Note: a vegan diet requires far less work, money and time.) Is it because the taste is so good that it is worth the disease it causes? No, no one over the 25 years I have been in the health business has ever said it was worth his or her cancer or other disease.

Sapiens? No, not wise at all, and we are surly not all evil. I believe it’s just the normal human path from denial to acceptance, to change. It’s un-questioned habits. Many have gone from the dark zone of unawareness, into the grey zone of denial, and came out on the clear side of acceptance and change. Some need a kick to get there and often it’s spelled “disease”, or dis-ease. Ease of mind can only come when getting rid of the cause of dis-.

I think the main reason we eat animals today is identity. Yes, it’s identification within a culture, not biological need. It goes way back, a deeply rooted culture over all continents, and as such not easily or quickly changed. It’s a culture of violence and war. We hate, yet we support it, we are it! A culture of predators. 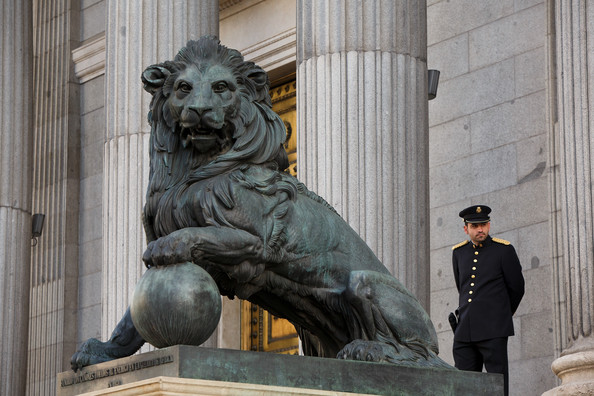 We see ourselves, and therefore excuse ourselves, with being predators instead of prey and we blame our biology. But that’s not true. It’s a belief we have been given. Government buildings have statues of lions not cows. The flags have eagles on the emblem, not ducks or goats. The culture tells us it’s good to be a predator, but biologically we don’t need meat, we can choose. Do you want to kill? This choice is what many refuse to see, even if they hate violence, but say they have no choice. They live in denial, total denial, and it hurts, to the point of making us and our earth sick.

The culture exists by glorifying violence (as long as it isn’t towards ourselves), yet we love leaders and teachers that rejected this violent nature and culture; Gandhi, Buddha, Christ, Quan Yin, Mother Teresa, and many others. They all rejected the “normal.” We seek non-violence but we support violence. Why don’t we eat our pets, yet eat cows? Where is the logic in protesting against bullfights, wars and violence, and after the protest eat a Big Mac? It’s absurd, and it hurts. Understanding the dominating culture imposed on us – we call it the Über-culture – raises awareness. At our retreats we teach you a few tricks, in the Yogic tradition of Yama and Niyama, to scrutinize your own Über-culture, to get rid of the habits that don’t serve you and to find out what is truly important to you. In this process you ask “Why?”.

Ray is our born questioner and in his latest book asks “Why?” to the most obvious of “normal”, and of course with a focus on the unhealthy things we do. He explores in depth our Olive 08 #6: BE BETTER THAN GOD, explained in our Mind Detox class.

He questions established powers and belief systems, the Gods in our Über-culture in the business and work space and leaves the reader with a true opportunity to free him/herself from the unhealthy “normal” when awareness has been raised.

In the next blog I explore how this predator Über-culture rules in our homes and families which is the theme in my coming book.

Naturopaths who deeply believe Natural Immunity is still the best, and therefore we work in defense of it. Since 20+ years we have successfully been consultants in the natural health sector to support individuals and we are in particular working with entrepreneurs and professionals. Our mission is to defend natural health, the only one that really works so far. We mainly but not entirely use Eastern philosophy such as Ayurveda, TCM, Yoga, Thai chi, Falun Gong, and only honest modern science. Everyone can heal naturally, it's what bodies and (free) minds want. Our O• Method is based on physics, chemistry and biology with emphasis on the first one as the rest often follow naturally. We divide our work in three parts: Body-Mind-Soul. To allow them all to detox and let go we work with energy (Prana, Xi, Vitality, Spirit, Pneuma or whatever you call the life force, it's the same force mentioned in ancient texts) to heal on all levels, i.e. from chronic disease, toxicity, depression and traumas using our own method, reaching 96% success rate which is unheard of by others in our sector. Would you know of anyone with that result, let us know. Considering that we invented and dumped >120.000 (petro)chemically derived substances since 1945, of which many are very toxic, getting healthy will most likely include a good old body detox sooner or later. My love for Ayurveda started in 1993 with Deepak Chopra and after a few turns in life I quit my job as a Nordic Brand Manager and BI strategist at the largest Nordic telecom operator and re-schooled in natural medicine. Besides Dr. Chopra I have studied Dr. Lad, Dr. Siva (Pune, India) and other prominent teachers in their field, but the real difference comes with a practiced. I added nutrition, Orthomolecular Medicine with Dr. Nielsen (USA/Spain) and herbalism. Today we teach those whom want to continue our work and we love to dig down in etymology and the original (mainly Avestan, Pali and Sanskrit) scripts to understand the words fully and I fall in love with the concepts over and over again for every sutra. This love affair that created a few books (Amazon), presentations, essayes and many events and consultations, is still giving us Yang-Yin balance and inspiration. I guess with that we are recognizing the value of Dao De Ching 💚🌿💜 Workshops and about: https://oliveretreat.com/about/ Books: https://www.amazon.com/s?k=cristina+azcarate&i=digital-text&ref=nb_sb_noss View all posts by O• L I V E

One thought on “A Culture of Predators”