I have been a vegan/vegetarian off and on for around the last 20 years, and was still eating the occasional fish up until around 7 years ago when I made the final commitment to eliminate all animal products from my diet and life, including a few very beautiful leather goods.

We were sitting in a restaurant in Rome. I guess it was one of Rome’s most famous, the kind of place that the Hollywood crowd would eat when in town. I was there because it was my job to be there, to eat where the boss and our colleagues wanted to.

I was ruminating over the Japanese decision to begin hunting whale again, and mentioned how sad I thought that was, especially after seeing the bloody carcass of a slaughtered whale hanging from the side of a Japanese trawler. In those days I was an effective proselytizer for vegetarianism/veganism and asked the boss what he thought about whale hunting.

He looked at me and said, “I got humans to worry about….”

There was more, but that’s all I needed to hear. It was the standard line in that world. How great humans were. How categorically different and superior we were to animals. It was embedded in the major religions. It was the “truth.” I knew it was hopeless to say anything, and the bloody whale hung from the side of the trawler in my heart and mind.

“Sure,” I said, “it’s obvious how great humans are. Just look,” I said, thinking about Wittgenstein.

In those days I was a fact guy, numbers, data, the like. I could run them off quickly, and was an effective proselytizer for the vegetarian/vegan value system, but when the boss said what he did, I just said what I did, shook my head and looked down. On my plate was the few remaining inches of a Salmon, the last animal flesh I would ever eat. 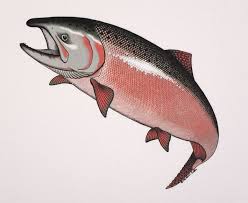