The European politicians know, the governments know, and journalists, and more than anyone the farmers know because most of them would like to get rid of it. But I’m not so sure the consumers know that our food is making us sick from an unhealthy agricultural policy. When they do, it will make the pivot fall for change. The EU agricultural policies, with the huge subsidies are bad, bad, bad. When the small organic farms don’t get any help and Prince Charles gets a million pounds every year something is wrong. It is actually very wrong, but we can change it starting today, by voting for a more healthy EU. 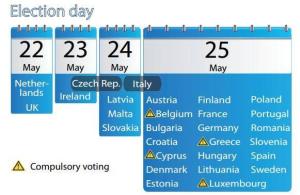 The system made sense after the WWII, when Europe was shattered and poor. Farmers needed subsidies to produce food for a starving population. The policies were made so that it promoted large farms, not knowing that 5 decades after it would be the reason for why we have a dysfunctional market with subsidized international enterprises, food that make us ill, and chemicals that kill both us and our nature. Sugar is dangerous! It is the fuel for tumours and proven to make kids hyperactive. Why is the sugar industry one of the biggest receivers of the 55 billion Euros payed by European tax payers every year?

Why subsidise unhealthy farming and food, while healthy food like organic veggies and fruit hardly get any subsidies. Other continents are not so much better, the US being an example known for the sugar lobby headed by Coca Cola. Gro Harlem Bruntland witnessed their mafia methods to stop her from publishing recommendations for sugar intake, as the Director General of WHO. It’s a thriller!

Now it’s up to the voters, you and me, to change this. Once again, the only thing that will change this dysfunctional industry is consumers and voters. Make it come up on the political agenda! Democracy comes with the responsibility of voting and freedom of speech. I have to say I like the idea of compulsory voting, as you can always vote blank. See this video before you vote for the European Parliament. Understand why Tate & Lyle and huge land owners, get so much money from our European tax money. This video explains it all. It is produced by an organizations of european journalists that also shows rates of transparency in each country.

Farm Subsidies in the EU

One thought on “Vote for Healthy EU Food”