Does emphasizing ‘Women’s Day’ make a difference? Do we get more gender equality, less gender violence and the same salaries as men if we do? I don’t know but I hope so. I guess it can make us think about the fact that we are not equal. We probably will never be as long as our ‘religion’ is market economy, and until taking care of a family is valued as high as making money.

The home is still the most dangerous place for women and children in all countries. Even in countries that have advanced the most in gender equality, like Sweden. There is no other place in which they have such high risk of being hurt (by their men and fathers) or killed as at home. Men still get better paid for the same job as a woman, and they have a better chance of getting the management jobs just by being a man. The statistics are clear. If we want to change them we all need to act. 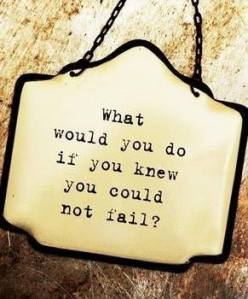 I see it as a human rights problem more than an equality problem. If domestic violence is seen as violence towards a group, it is the largest single ‘ethnic cleansing’ and it’s ongoing. All inequality is everyones problem, society’s problem, not a group’s problem. 80% of men that abuse women have experienced abuse in their childhood, mostly against their mum. Men how are managers and don’t offer the female employees the same salaries and rights, are 75% more likely to have a wife not working, or a mum that didn’t work. I guess it’s the same with women accepting these facts.

Both men and women are unaware of it or neglect it. It’s an unquestioned convention and as such we all have a mental detox to do. Just like we would separate our garbage, we can separate our thoughts and actions. It starts by just thinking about it, so why not start today? There are fundamental structures in all areas of life and when those are seen we can question them and change them if needed.  Men often feel patronized as fathers and need better rights being fathers both in married and divorced couples, and at work. There is still an enormously dysfunctional law system not allowing men to take care of and even see their children after a divorce, in the most equal societies too. Maybe we need a men’s day? 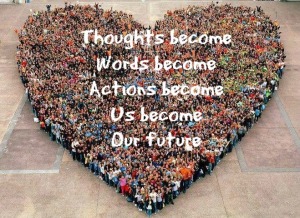 So if remembering that it is unequal, at least one day a year, we can maybe get an awareness so that women and men dare to start changing what is not right; the same salary for women doing the same job as men; the same right for men to be home with the kids when they are sick; or the same right to parent leave. We don’t need more statistics, we need action. Don’t go back and focus so much on what we did wrong, instead just do right.

I remember my Swedish aunt telling us that she was asked to lift her skirt to show her legs at a job interview in the 70’s. I remember my other aunt in Spain not legally having the right to her own salary, as it belonged to her husband by law. We have come a long way but it’s still a slow progress. Some have done the calculations that if we continue in this pace women will earn the same salary as men in 100 years. It could go so much faster, we just have to think of it and start asking. These two women did. One from Kenya and one form the US. They questioned the fundamentals in their context. See these beautiful TED-talks, if nothing else to inspire you and start thinking of how you can mentally detox in your life. It’s healing for all of us!

Naturopaths who deeply believe Natural Immunity is still the best, and therefore we work in defense of it. Since 20+ years we have successfully been consultants in the natural health sector to support individuals and we are in particular working with entrepreneurs and professionals. Our mission is to defend natural health, the only one that really works so far. We mainly but not entirely use Eastern philosophy such as Ayurveda, TCM, Yoga, Thai chi, Falun Gong, and only honest modern science. Everyone can heal naturally, it's what bodies and (free) minds want. Our O• Method is based on physics, chemistry and biology with emphasis on the first one as the rest often follow naturally. We divide our work in three parts: Body-Mind-Soul. To allow them all to detox and let go we work with energy (Prana, Xi, Vitality, Spirit, Pneuma or whatever you call the life force, it's the same force mentioned in ancient texts) to heal on all levels, i.e. from chronic disease, toxicity, depression and traumas using our own method, reaching 96% success rate which is unheard of by others in our sector. Would you know of anyone with that result, let us know. Considering that we invented and dumped >120.000 (petro)chemically derived substances since 1945, of which many are very toxic, getting healthy will most likely include a good old body detox sooner or later. My love for Ayurveda started in 1993 with Deepak Chopra and after a few turns in life I quit my job as a Nordic Brand Manager and BI strategist at the largest Nordic telecom operator and re-schooled in natural medicine. Besides Dr. Chopra I have studied Dr. Lad, Dr. Siva (Pune, India) and other prominent teachers in their field, but the real difference comes with a practiced. I added nutrition, Orthomolecular Medicine with Dr. Nielsen (USA/Spain) and herbalism. Today we teach those whom want to continue our work and we love to dig down in etymology and the original (mainly Avestan, Pali and Sanskrit) scripts to understand the words fully and I fall in love with the concepts over and over again for every sutra. This love affair that created a few books (Amazon), presentations, essayes and many events and consultations, is still giving us Yang-Yin balance and inspiration. I guess with that we are recognizing the value of Dao De Ching 💚🌿💜 Workshops and about: https://oliveretreat.com/about/ Books: https://www.amazon.com/s?k=cristina+azcarate&i=digital-text&ref=nb_sb_noss View all posts by O• L I V E